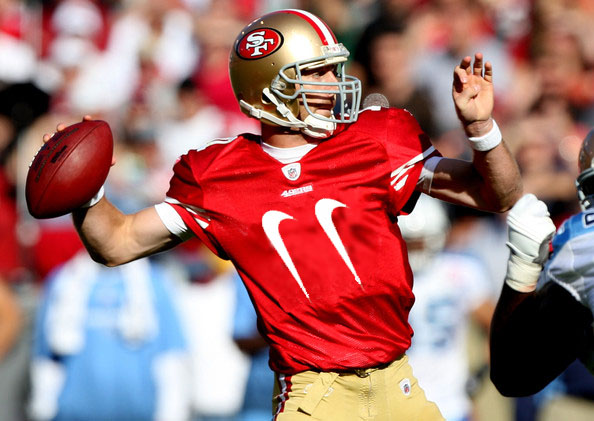 Nike is taking over the NFL.

Nike announced that they will unveil their new line of NFL uniforms on April 3rd in New York City. The anticipated unveiling comes sooner than expected. Instead of waiting for the NFL Draft to see the new gear, Nike will set themselves up nicely to have jersey sales go through the roof before the draft.

For the most part, I am excited about this. I have voiced some concerns here, there and everywhere, but I think Nike will do a lot better than Reebok did.

Of course, this is just speculation until the actual uniforms are unveiled. After all, even a classic set like the Packers might go through some changes.

Likely for teams that won’t go through new designs, it will mainly be just a fabric change. It might make the jerseys slimmer and lighter and that’s probably all there needs to be. No need to overcomplicate certain things.

One reason why I am not too worried about Nike’s takeover and the possibility of it going Oregon on us is because Nike has outfitted the NFL before. And during that period in the 90s, Nike held its own.

And even if they do have teams go through some changes (like the Broncos’ current duds or the Steelers’ new uniform numbers), they actually turn out OK. That’s what I expect from Nike.

Maybe that’s the same with Nike this time around.

So in several weeks, we’ll get to see what these new uniforms will look like for each team. Nike has already added some spice to the gloves and maybe they’ll give the NFL a fun flare that we all can enjoy.

I haven’t seen what the new 49ers uniforms will look like but I don’t expect much or any change. I’ll just wait for images of the new uniforms to leak throughout the Internet in the coming weeks.