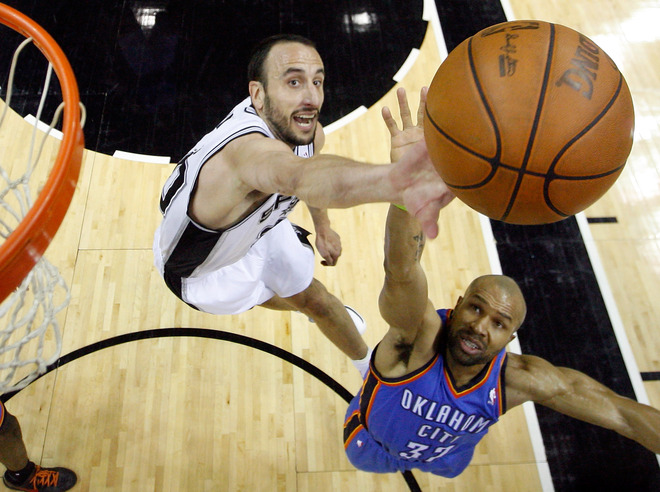 Manu Ginobili has been playing some great basketball.

I remember back in 1999 during the shortened season watching the San Antonio Spurs play ball. Back then I was really enamored with the New York Knicks as they had some talented players like Allan Houston, Latrell Sprewell and Patrick Ewing. They were exciting to watch.

But when they ran into the Spurs in the Finals, I started to grow an appreciation for what the Spurs were starting. And since that 1999 season, I started notice how fundamentally sound this team was.

Their championship wins in 2003, 2005 and 2007 weren’t flashy but they sure showed the great power of their consistency.

In that 2005 season, the Spurs took the Pistons to Game 7 and I honestly think that might have been one of the best NBA Finals I had ever seen. Both teams were “boring” to the public eye. But for me, it was a series of great defense, smart offense.

The Spurs have kept that identity and this year, when some would assume that they would fall off, they are now playing basketball better than any other team on the planet. This 20-game win streak is simply amazing.

Tim Duncan is playing like it was 10 years ago. Tony Parker and Manu Ginobili are both playing solid ball. The bench is clutch and I hope that these Spurs sweep the playoffs. They’re a model of consistency and the basketball world should be savoring every moment of this fantastic run.

As much as I like flashy (see We Believe Warriors), smart basketball to me has got to be a lot more exciting to me. It’s not fancy, but it’s winning and that I can appreciate more than anything else. I like that kind of nasty.