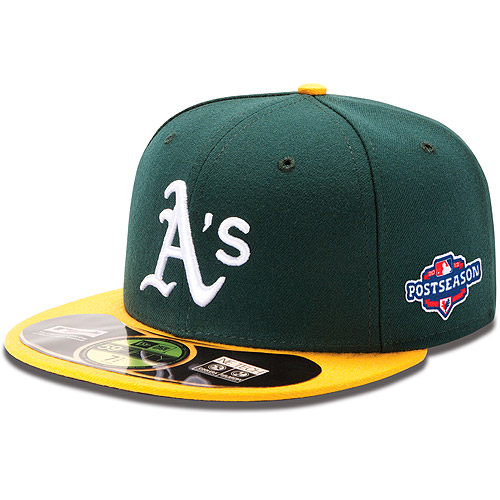 Is this patch necessary? Absolutely not.

The MLB playoffs start today with the two elimination Wild Card games. As the joy of postseason baseball overtakes my time, there was one thing that struck me as something I was not looking forward to seeing. That is the league’s attempt to attack your wallet.

As you can see, every team that is in the playoffs will wear caps that feature this postseason patch. This is the first time the league has ever done this and I think it’s stupid.

The other three major sports never feature any kind of patch or decal on their uniform unless it’s the championship round. Why would MLB decide that doing this now is a good idea? Not only does the logo not match some of the teams, but what about the team that loses in the Wild Card?

Considering that the cap is being sold for about $39 makes it even more ridiculous. It isn’t necessary but MLB and New Era have sunk to a new low. I do wonder if it’s just the caps or will it also be featured on the jersey. Either way, their attempt to market this for money is really shameful and what’s worse is that people will buy it.

The quality of this felt patch is not really that impressive and it’s just glued on. New Era has stopped stitching patches on caps for past several years and sometimes under intense heat and sweat, they just fall off.

There’s no need for it. I’m not buying it.

And if you’re wondering, my predictions for today’s games are the Braves and Orioles.