When the NBA season started, there was a rumor about the Warriors wearing a new alternate with sleeves. It was a rumor at the time but it wasn’t thought of to be serious. And as the season continued, there was no more talk of it so it appeared that it would be scrapped.

Today, the uniforms resurfaced again and the nightmare has returned. And they will be unveiled tonight! They are set to wear them on February 22, March 8 and 15. This will be the first team in the modern NBA era to wear a jersey that’s not a tank top. Adidas has been toying with this idea since 2o11.

Let me be the first to say that when I saw this uniform months ago, I was against it. Now seeing the full thing, I stick with what I said.

The sleeves serve no purpose. It makes the players look like college players with a shirt underneath their jersey. (And Adidas has plans to put these to use in college.) But hey, anything to be 26% lighter, right?

The shorts with the pinstripes (to imitate the bridge cables) make no sense when the jersey doesn’t have it. It just doesn’t work.

I like how the side piping forms a spear, but that’s it. I knew a gold alternate would be good but I thought it would just be the same design as their current set. Now instead, we get this disaster.

I don’t like it. But I’ll wait until we see it on the floor first. For now, my hate for Adidas grows. 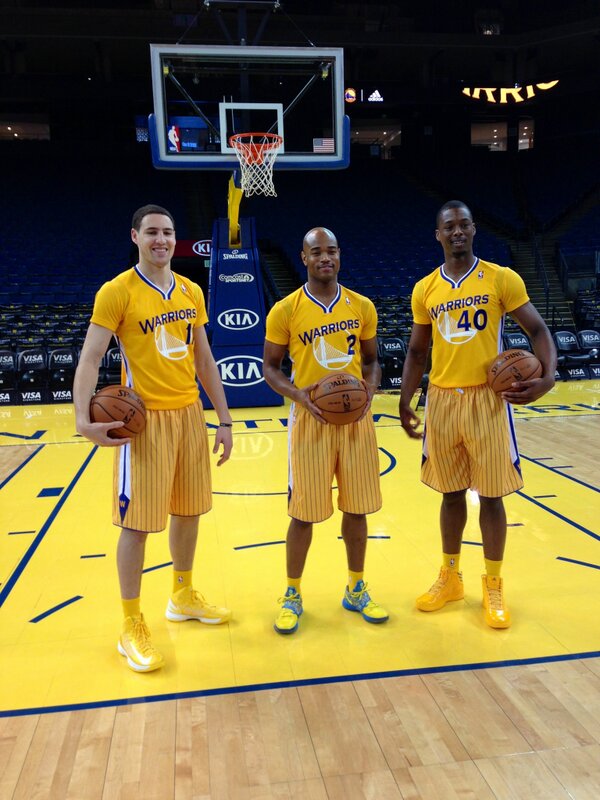 I can’t say I approve of this.