NFLPA will be selling LGBT pride shirts which will support the work of @AthleteAlly. Vote on your favorite today: pic.twitter.com/5uCP3CAKGA

We all know that the buzz about support among leagues, teams and players for the LGBT community grew when Jason Collins came out back in April. Since then, it’s been a pretty big deal and even in the places outside of the four major sports, there has been a support like none that we’ve seen before.

Athlete Ally tweeted this out yesterday, showing that the NFLPA is in support and actually will be designing shirts in that support. There’s a vote for which design should be chosen for mass production. I think B looks the best.

But the bigger thing here is that we are now seeing the evolution of how acceptance is starting to take over. It’s still a touchy subject but at least it’s not swept under the rug. This is a small step in the right direction, so it’s a good move. I’d like to see what else is in store for the future. 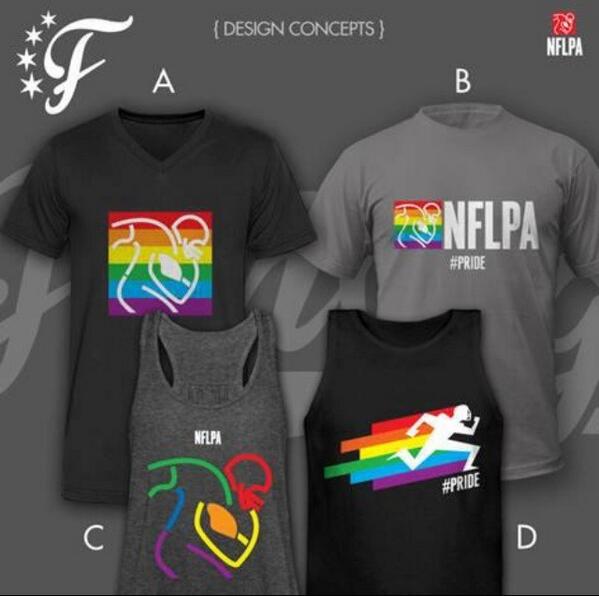