Here are 10 thoughts after watching the Week 7 games from Sunday.

1– Peyton Manning is good. He is real good. Breaking that record looked easy for him. It’s a sign of how good this Broncos team can be if they have it all clicking.

On the other hand, the 49ers looked bad. But I don’t think it’s as bad as it seemed. The injuries are mounting up and key players are out of action. It was just a tough situation last night for the team. I think that the 49ers are going to be OK. The West is still up in the air, but the team is in second place and after the bye week, they should be at least a little healthier.

2– The Falcons are bad. I thought that their issues stemmed from losing Julio Jones last year but maybe this team isn’t as great as I thought they can be. Their receivers have been mostly healthy but losing Tony Gonzalez is tough. The pass defense is suspect and Matt Ryan is getting no protection in the pocket.

The Ravens on the other hand are dangerous. Joe Flacco is finding his groove with his two Smith receivers. The North better watch out for this team. I think they have this new swagger that I thought they would never recover from after their struggles last year.

4– I still think highly of the Browns. I think they are better than what I initially thought they would be when the season began. However, maybe this loss was a little dose of reality for them.

Jacksonville is finally looking like what Gus Bradley envisioned they would be. Despite Blake Bortles throwing three interceptions, the running game finally found their voice behind Denard Robinson and the defense was really on point. This team is built on defense and running. Today we saw what they could be.

The Rams played well and the two special teams plays they did were phenomenal. But the real story here are the Seahawks. The Seahawks falling to 3-3 isn’t a surprise. The surprising thing is how they’ve become 3-3. They don’t look like Super Bowl contenders right now. Their passing game isn’t looking good and they’re giving up too many easy plays to the opposition. When your quarterback is setting NFL records because the rest of the team isn’t picking up the slack, that’s not a good sign. I think this team is still good. But this is concerning.

This isn’t concerning, however.

If you run onto my field… I will RKO you out of nowhere. @RandyOrton #RKO #SEAvsSTL @WWE pic.twitter.com/BtlPTq6IE9

6– When the season began, I didn’t think the Bengals are much of a team this year. They got to a hot start, but now have looked real bad in consecutive weeks. They got shut out and I know that not having A.J. Green available is hurting the offense. But the Bengals seem to be the complete opposite of what made them playoff contenders in recent years. I don’t recognize this team anymore. But I am not surprised. There aren’t any identifiable improvements that this team made to help them take the next step. It’s showing.

7– Miami and Buffalo are the head scratchers. Great performances today. But it doesn’t mean anything to me. Are they really turning the tide or are they just getting good performances only to follow them with mediocre performances? Ryan Tannehill and Kyle Orton are playing well enough to keep their teams afloat. Sunday’s game by Tannehill was amazing, but was this just a one-time thing? If he can do this for a couple more weeks, I’ll be sold.

And can Buffalo really rely on Orton the rest of the way? We’ll see. It’s hard to rely convince myself that they can be OK going forward giving up no EJ Manuel so quick.

8– I don’t care how the Cowboys are doing it. I don’t even think highly of their team. But they’re winning despite Tony Romo not knowing who the Mike linebacker is. I’ll just let this Cowboys keep doing what they’re doing. The defense is playing better and Romo is playing at a level that is not hurting the team.

9– What is going on with the Saints? Jimmy Graham came back but he wasn’t fully 100 percent. And now getting angry at reporters? The Lions may not be as bad as we thought but the Saints should not have lost this game. This is troubling.

10– Carson Palmer healthy means the Cardinals are a team to be on the lookout for. They ma be the best team in their division. 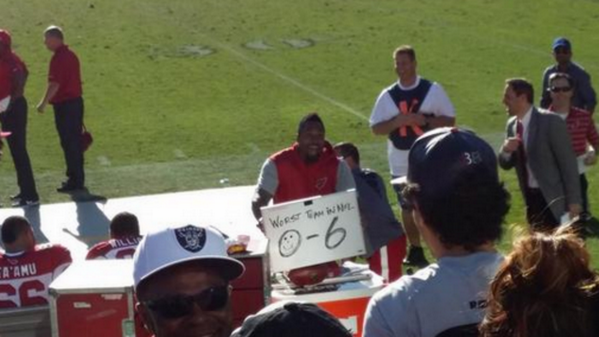 What bums me out are injuries. Every week it’s sad to see players hurt and the two injuries that the Bills running game suffered is so brutal. CJ Spiller likely has a broken collarbone and Fred Jackson might have a groin injury. That running game was so important and now it’s on the shoulders of Anthony Dixon. Buffalo is looking good but are running out of healthy weapons.