When Jim Harbaugh was the coach of the 49ers, he attended an Oakland A’s game. He invited then Warriors head coach Mark Jackson to come to 49ers training camp. He also met with the Giants and got them and the 49ers to unite together in support of the city. These were the things that Harbaugh did when he was with the 49ers and his connections to the Bay Area were very strong.

Now that the 49ers and Harbaugh are no longer together, one could assume that Harbaugh might not be as active in participating in various things with the local teams. That’s not the case.

As you can see, Harbaugh still remains connected to the Bay Area and he’s a special guest with the Athletics at spring training today. In fact, he might even coach at first base for a few innings.

Harbaugh has always been man of the people and despite his not so pleasant departure from the 49ers, he’s still doing the things that he did with the 49ers in terms of connecting with the other teams of the Bay.

But honestly, would you expect anything else from Harbaugh? Take a look at the specially requested stirrups courtesy of Jane Lee. 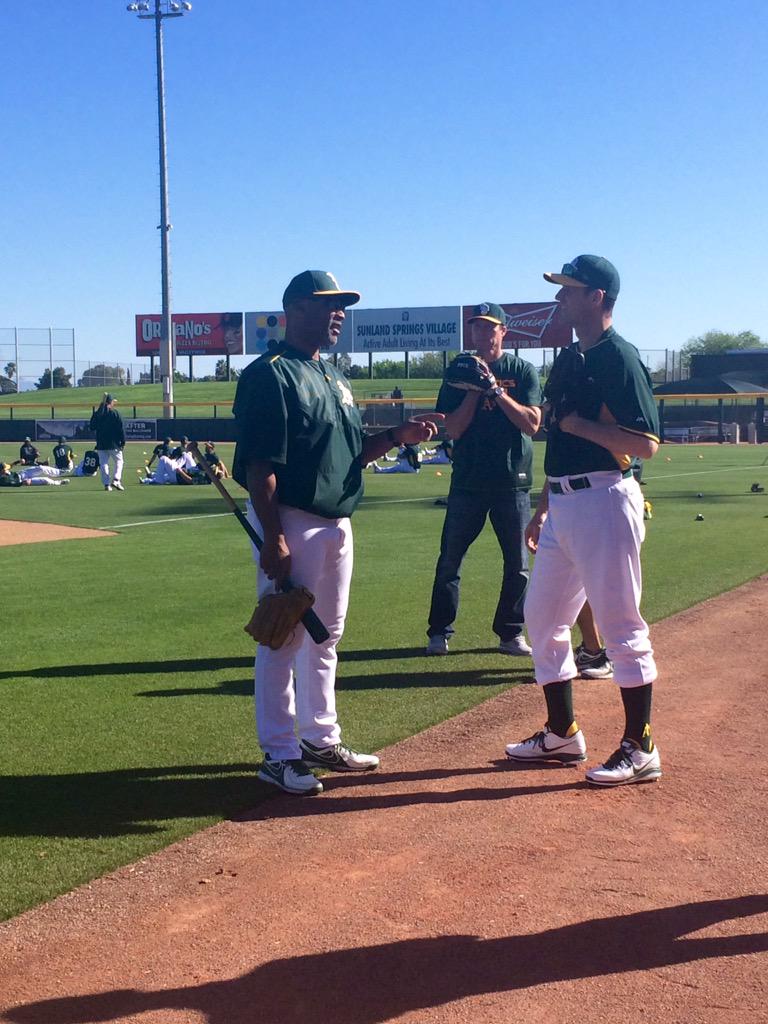