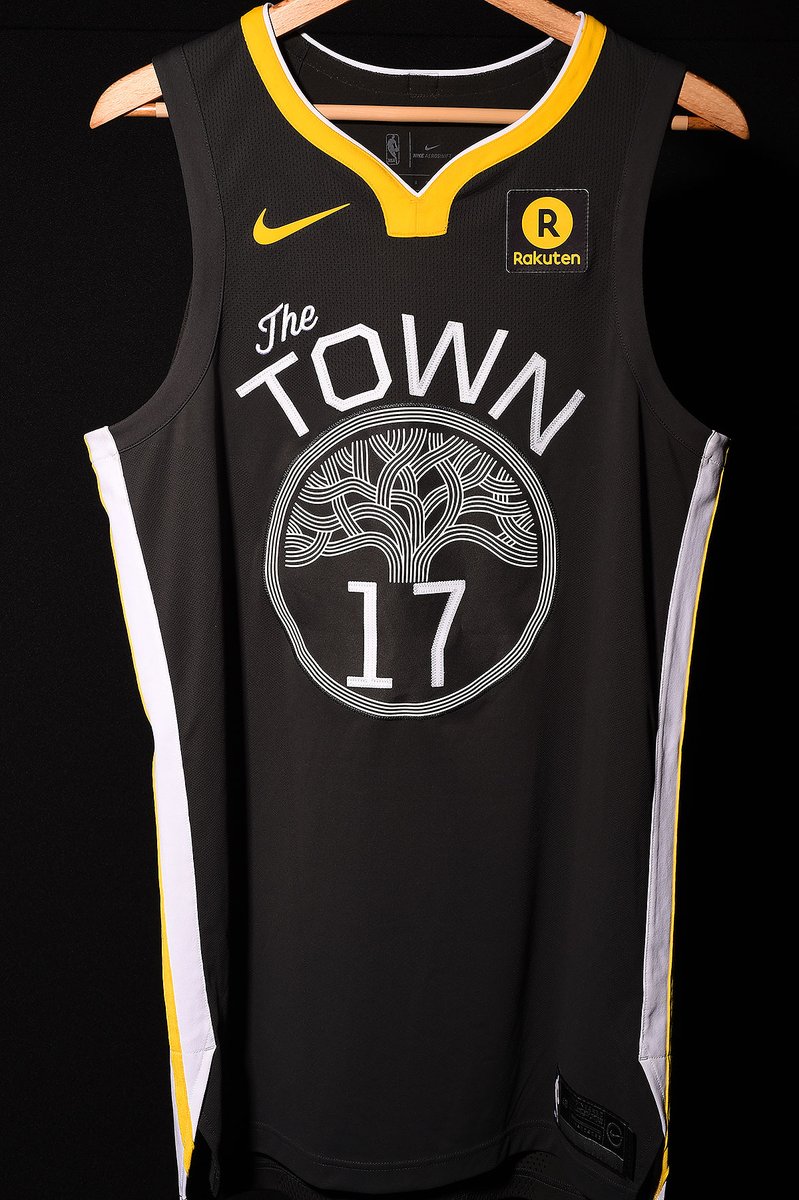 So what do they do? They recycle a previous design, take Oakland’s nickname and use their iconic tree logo for the jersey. From a design standpoint, it works. A city nickname and an iconic logo make a perfect way to pay homage to Oakland. But the more we see it, the more we are reminded of the franchise’s shortcomings in honoring Oakland. And the fact they are planning to wear these uniforms even after they’ve moved to San Francisco is pretty cruel for the loyal fans of Oakland.

The decision to move to San Francisco has generated many responses of abandonment. Not only is traveling to the new arena not as convenient as getting to Oracle Arena, but the new arena will clearly price out loyal fans. The team’s current success has already made it hard for the true fans to attend games. But this new arena signals that we will see more corporate bigwigs filling the seats. It’s a change in culture for the Warriors and the fan experience (and the atmosphere compared to Oracle Arena) will change. As much as the franchise is trying to pay homage to Oakland right before the move, the letter above and the process of moving is salt on a wound for a working class town that feels like its losing a dear close family member to the richer, fancier city.

This is no gripe on The City. San Francisco is a wonderful city rich in culture and filled with beautiful people. But what the Warriors established in Oakland in those 46 years cannot and will not be replicated at the new Chase Arena. It’s the team moving on up, leaving home even though everything they already had was good and special. And being reminded of it every time they wear this uniform during their San Francisco tenure will just hurt even more.

Teams move to new arenas all the time and even though they still remain in the region, the new city and location changes the face of the franchise. When the San Francisco moved to Santa Clara to call Levi’s Stadium their own home, they lost a lot of loyal fans due to pricing and travel. Some of the mystique that was created by Candlestick Park no longer exists at the new sterile stadium. It’s a completely different feeling at a 49ers home game now.

That comparison isn’t a mirror of what the Warriors are preparing to do but the feelings still remain. There is hurt and there is some attempt to appease the fans. The 49ers are still called “San Francisco” even though the only San Francisco thing related to the team is the ticket line of 415-GO-49ERS. The Warriors, once they move to San Francisco, will have only one link back to Oakland’s identity and it will be this uniform. It’s not much but to the organization, it’s enough to put on that image that they care and love Oakland — the city they are leaving for a prettier new arena in a more popular place.

As businessmen, what Lacob and Guber are doing right now is smart business. But the fast-moving business train doesn’t stop for the little guy. They’re only looking out for those who can hang with them. It’s a shift that conveniently coincides with the tech boom, the team’s championship success and business partnerships like that with Rakuten. The team is now even more a business brand than anything else. That identity is what the team is embracing.

It is sad to see that the team is finally embracing Oakland right as they are preparing to leave. Despite trotting out a new uniform that works out well aesthetically, it only masks a reality that most fans have already grown to accept. The Warriors and Nike will make the big bucks with merchandise sales with this new logo on shirts and jerseys because the Oakland fans love their city and are excited to finally have Warriors gear that represents the town they love. But every time they put on that jersey or shirt with that logo on the front of their chest, they’ll be reminded that the team they love is only using the logo to allow the bandage peel off the skin slowly rather than a quick rip.

Either way, it still stings.