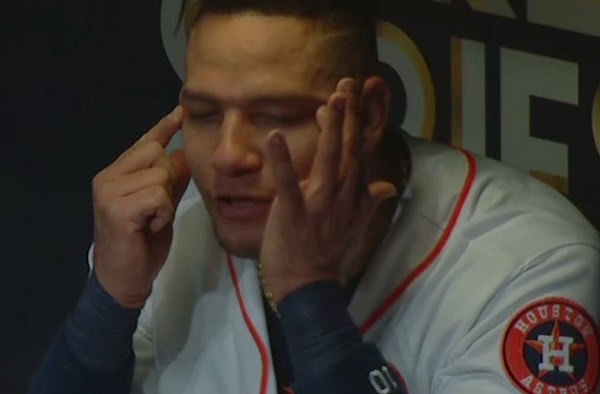 So naturally, Gurriel should be punished for this, right?

The answer depends on if you understand the cultures that Gurriel is balancing as an active MLB player.

I have been called “Chinito” before on multiple occasions. The slanted eyes are also normal for me. Every time it happens I am offended. But there are many times where I relinquish my urge to start a fist fight because I know who is calling me that. I have many friends from Hispanic cultures where these actions are normal. Because of that, I know that they weren’t intentional in offending me. In fact, they aren’t even aware that the term is offensive. Heck, even the term “Oriental” is a big no-no in America right now yet the Spanish language usually uses the term to refer to someone as Asian. It’s not offensive, it’s just culturally the way it is.

Looking at what Gurriel did, I understand that what he did was likely not to offend Darvish or Asians as a whole. The slanted eye gesture probably was something his friends did back home and to him it was just something that was very common.

So should Gurriel receive a suspension? Yes. But not for the reason I just explained.

In one culture back in Cuba this is acceptable. In another culture, it is not acceptable. He is part of both. And the awareness of the similarities and differences in both will help Gurriel move on going forward. A suspension would be a learning point for him and to all others who may not have found his actions OK.

All last night I was having trouble forgiving Gurriel the way that Darvish says he has. But the more I think about it, the more I think I understand why Gurriel did what he did. I don’t like it but I understand why it happened. A one-game suspension I think is fair and I hope the message he learns from it will help him going forward. And much like Darvish said, let’s move forward. We all have to after all this.