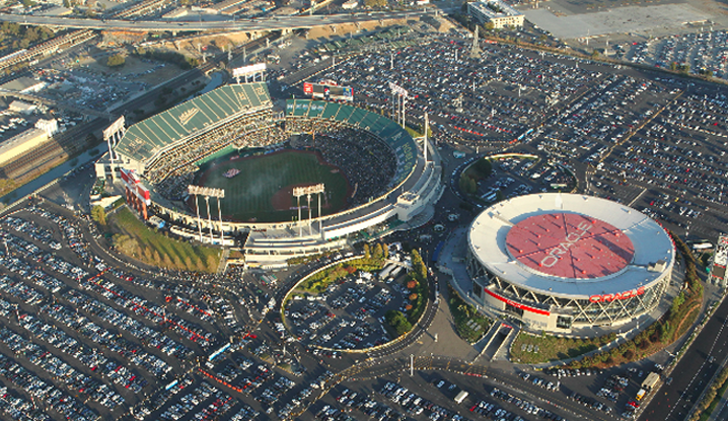 “Any Giants fan who yells ‘Go A’s’ at the parking gates will be charged only $30 to enter the Oakland Coliseum,” said A’s President Dave Kaval.

Parking for all fans will remain free on Chevy Free Parking Tuesdays, which exclude dual events and premium opponents.

This is not the first time the A’s have had a campaign to get back at Giants fans. Last season, they encouraged fans to bring in Giants caps and trade them in for A’s caps. The A’s also plastered a lot of their billboards and bus bench ads in San Francisco. All good in fun and nobody was truly offended by it. But this new campaign is problematic.

It’s fine to poke fun at the opposing team’s fans in a silly manner. But when it starts affecting the fans’ wallet, that’s where it’s a problem. Giants fans are going to the stadium knowing that because they are different, they will be treated differently in terms of their parking privileges. Then it gets muddled with questioning a fans’ fandom. Sure, the act of just simply saying “Go A’s!” would bring the price back down to normal but why would you force a fan to do extra work just so they can pay and park like everyone else?

This may cause an uproar among fans. A’s fans might mock Giants fans because of it. Giants fans will loathe the A’s for intentionally going out of their way to treat them differently. And for people who aren’t fans of either or maybe going to their first baseball game, this is not a good impression to make.

There will be delays at the parking gates because Giants fans will fight for their right to pay the normal fee. Punches might be thrown. Obscenities will be hurled. It’s going to be hostile.

It’s fine to have a little fun. But let’s not bring people’s hard-earned money into it.