Mariano Rivera received 100 percent of the votes for his election to the Baseball Hall of Fame. It was a tremendous achievement as he was the first ever inductee to receive all votes.

And he deserves it.

There has been some outrage from fans complaining about how it’s not fait that Rivera was the first one to receive the honor. They mention inductees like Ken Griffey, Jr., Nolan Ryan and even Babe Ruth who never got to 100 percent.

END_OF_DOCUMENT_TOKEN_TO_BE_REPLACED 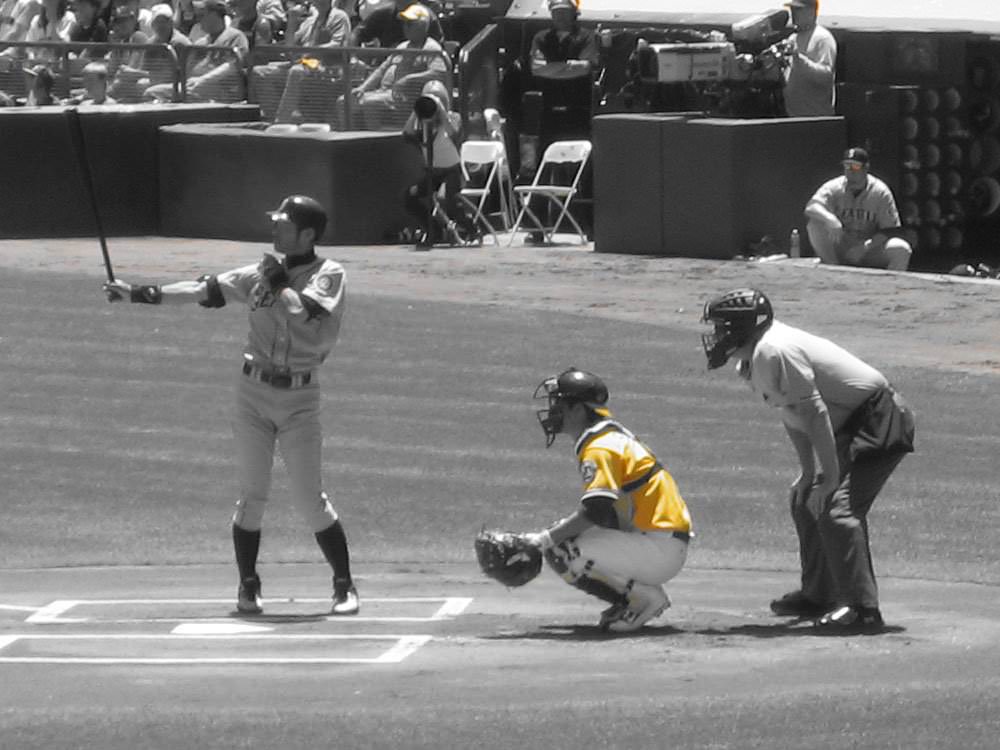 END_OF_DOCUMENT_TOKEN_TO_BE_REPLACED

Reggie Jackson spent a lot of good years of his Hall of Fame career in Oakland. But in his retirement, Jackson has been an ambassador for the New York Yankees and always supports them. Even whenever he comes to Oakland, he wear his Yankees gear as he remains part of the club. It’s no surprise he would but the A’s throwing shade in his direction like this was something I didn’t expect to see. It’s not like the A’s don’t acknowledge Jackson. But it’s just surprising that they would make that comment.

We mourn the passing of Yankees icon and Hall of Famer Yogi Berra. pic.twitter.com/60mwHGj33R

A true legend to the game and a great soul.

The #RE2PECT hashtag was a product of Nike. How people are getting that tattooed on their body is still a mystery to me. Maybe I just don’t understand how people would get a tattoo of something like this. This one right here is leaving me speechless.

I grew up an Oakland A’s fan and I didn’t really invested into baseball until 1998. That was a great year for the game itself with the home run chase going on. But since I grew up in the East Bay and my heart still broken over Mark McGwire being traded, I tried to find a hero on the A’s that would comfort my sadness. That came in the form of this power hitter named Jason Giambi. He had been with the team for a few years at that point but it wasn’t until the 2000 season did I really become a huge fan.

He won the MVP that year and the A’s made the playoffs for the first time in a while. The team was ready to build upon his talents and he was going to be the core strength of this group of young talented players. The first bobblehead I ever got was a Giambi bobblehead. I recall going to a lot of games in the following season and if my non-Brian Williams memory serves me right, I was there for this game.

END_OF_DOCUMENT_TOKEN_TO_BE_REPLACED

So many 2s. So much #RE2PECT. pic.twitter.com/EptrtKJeu8

This didn’t happen. I photoshopped it. It was an idea that popped into my head during Derek Jeter’s last home game. There were discussions of how Jeter had a double that helped start the rally to tie the game at 2-2 in the first inning.

The constant talking about his number and the hashtag #RE2PECT gave me an idea. So I awaited the top of the second inning and looked at the pitch count. Then I awaited for the actual possibility of the influx of 2s to appear. It never happened. But I wanted it to happen. With all this talk of 2s and how everyone is praising Jeter for all the wrong reasons, I opened up my Photoshop, grabbed some screenshots from the game, then just made it myself.

I didn’t think much of it. It was a joke. I was so sure that people watching the game would notice that it was fake since the Orioles didn’t get two runners on base in the top of the second inning. But of course, in this day and age of the Internet, people will jump to anything. And look at all those retweets and favorites. That’s a lot! Sorry if I deceived you.

END_OF_DOCUMENT_TOKEN_TO_BE_REPLACED

Earlier, I shared my joys about Derek Jeter. He’s been a consistently good player for most of his career. His final years haven’t been all that, but overall, he’s been a staple in Yankees baseball. I hate the Yankees, but he’s one of few players that I don’t hate. I like him. He’s good for baseball.

Since I live in Southern California, I even made it out to his final game in Anaheim just so I can see him one last time. I wanted to see him play one last time. I even snapped this Hall of Fame photo. I enjoy watching him play.

With that being said, the love-fest he’s gotten all season long is too much. Do we need all this? Do we need everyone showering him with all this love and gifts and ceremonies? The excessive force-feeding of merchandise? Yes, he deserves great praise. But this is going overboard.

Jeter was never among the greatest player of his generation. He never won MVP, never won a batting title. He rarely was ever the top guy in any major statistical categories. He was good and has had memorable postseason moments, but hanging on to those clutch postseason games does not define a two-decade career.

END_OF_DOCUMENT_TOKEN_TO_BE_REPLACED

Baseball writer Keith Law doesn’t like that the A’s did a nice thing today.

The Oakland Athletics gave Derek Jeter a farewell gift, which included over $10,000 to Jeter’s charity Turn 2. This is the charity’s mission statement:

To create and support signature programs and activities that motivate young people to turn away from drugs and alcohol and “TURN 2” healthy lifestyles. Through these ventures, the Foundation strives to create outlets that promote and reward academic excellence, leadership development and positive behavior. Turn 2’s goal is to see the children of these programs grow safely and successfully into adulthood and become the leaders of tomorrow.

Sounds like a great foundation that looks out for the well-being of children and their future. But then Law tweeted this:

Hi @Athletics maybe that $10K check could have gone to these folks in Jeter's name http://t.co/Ix5ZBMb98T

END_OF_DOCUMENT_TOKEN_TO_BE_REPLACED

Giving away a bobblehead commemorating the moment an opposing player swept you out of the World Series? Sure, the Cubs would do that.

Well, actually, this is a pretty cool bobblehead right here. You can debate whether or not the called shot happened, but it’s part of baseball history. It also happened at Wrigley Field and the 100-year anniversary wanted to celebrate that.

I just picked up the bobblehead and holding a piece of history in bobblehead form is pretty cool. Even though the bobblehead isn’t even of a Cubs player, it’s a great thing to have as a baseball fan.

I also have the Rick Monday bobblehead the Dodgers gave away so this isn’t the first time I did pick up a bobblehead like this. It’s pretty cool and I am glad I have this one now.