TFW you win 🥇in curling but get denied first-class flights home. 😡

This bothers me so much.

So many people are upset at Delta and labeling the USA Curling Team as victims. But no, they are wrong.

The curling team is acting with a sense of entitlement since they won gold, expecting freebies to be handed for them on a whim. They are wrong for this.

Delta may not actually have been able to bump people out of first class, but they should have done something in terms of a better response for good publicity.

Either way, it’s terrible that this is a story right now. Both are wrong. What a shame. 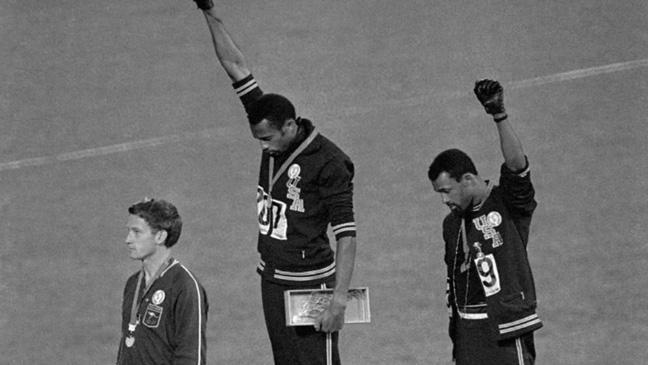 END_OF_DOCUMENT_TOKEN_TO_BE_REPLACED

.@NBC My channel guide says the opening ceremony doesn't start for another 3 hours. Are all these sportswriters tweeting from the future?

It’s crazy that the Olympics is on tape delay by NBC again. Even though it’s in the same time zone, it’s still tape delayed. Money hungry NBC won’t give us the goods.

People on the East Coast have to wait an hour before they can watch it. West Coasters have to wait four hours. This is ridiculous but NBC wants their money. I just can’t stand watching sporting events on tape delay. There is no fun in that. Maybe that’s why my care for the Olympics has not been strong. It’s just hard to care about something when the results have already been revealed.

I might watch the opening ceremony still but it won’t be any surprise since I will have read all the tweets and screenshots of everything already.

Besides, the summer Olympics doesn’t fascinate me. Give me the winter Olympics and curling!

END_OF_DOCUMENT_TOKEN_TO_BE_REPLACED

That was the only goal of the game. It was a great play. Canada is the better team.

The game was a blowout. Even though it was a 1-0 game, it was lopsided. The Canadian defense was suffocating and the Americans just had no rhythm and speed. They were not the better team.

And I am OK with that. The better team deserved to win it and they did. It was impressive all around for them.

But what if Team USA did win? What would that mean for the country? I would like to think that a gold medal win would make hockey more popular in the country. I would think that the attention would grow. But it won’t. Even a gold medal wouldn’t do that.

END_OF_DOCUMENT_TOKEN_TO_BE_REPLACED

Sure, I would like to see the USA win the gold medal, but I am not going to make a big deal about it if they don’t.

I enjoy the Olympics because it’s a gathering of the best athletes in the world competing in sports. That alone is why I tune in to watch. Do I care who wins? Not really. Unless there is a great storyline that’s tied into a gold medal chase, I really am indifferent.

I actually enjoy watching games and competitions that don’t feature any Americans. If the matchup is that good, then I’ll watch it. And sometimes, I want them to win — even if it’s against an American player.

END_OF_DOCUMENT_TOKEN_TO_BE_REPLACED

Apparently, the movie made it popular and even though you would never figure that a country like Jamaica would have anything to do with winter sports, here we are.

Just accept this catchy theme for what it is. 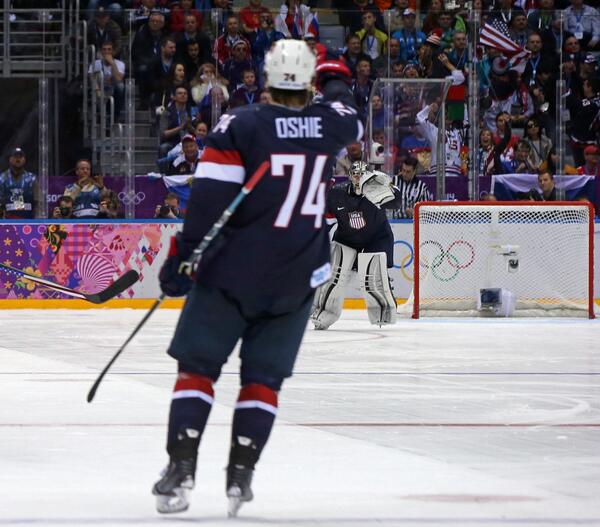 T.J. Oshie scores the winner and congratulates Jonathan Quick for his stellar performance.

But if I was to point out one thing, it may have been the USA vs Russia game I just witnessed.

The game had great stops, great scores, top notch players and a thrilling shootout that was heart-racing. Plus whenever Doc Emrick calls a game, it’s always good.

Hockey is a simple game but it isn’t fun for everyone unless there’s some kind of interest. In a game like this, it had all of that. USA vs Russia was a great storyline. The world’s top players. And throughout the game, we were introduced to great shots, great goaltending, a controversial goal that was wiped away and non-stop action.

END_OF_DOCUMENT_TOKEN_TO_BE_REPLACED

This is probably one of the worst written things I’ve seen advocating for tape delay. Not only is NBC condensing out things from other countries and all the extras, but who actually enjoys watching sporting events later in the day when we already know what happens? Let me watching something live so I can see the result unfold instead of waiting five hours already knowing that USA won and for me to see how they won. Who wants tape delay like that?

I woke up at 4:30AM this morning to watch USA vs Slovakia men’s hockey. That’s no problem. I’ve woken up early for games before so this was nothing new. Plus, I’m used to being up early.

But I was a little sleepy and in watching the game, I encountered a problem that I know other people had too: the teams had very similar uniforms.

Since all the hockey jerseys are made by Nike, several have similar template designs. Because of that, I had to constantly remind myself that USA was wearing white since both teams had the exact same color scheme. Looking at Slovakia, they could easily be mistaken for the USA team.

After each USA goal, I had to do a double take to make sure I knew which team wearing red, white and blue scored. Other teams have distinct enough designs, which is good.

This is the problem when the same manufacturer sacrifices creativity and just outfits everybody with the same template. Fortunately, this confusing matchup is unlikely to surface again in the Olympics. But still, can Nike get a little creative?