That reason why I think this is because if they have to keep the black uniform due to the five-year rule, the only other viable option is new pants. Teams can only have three separate jersey designs throughout the season. They are already maxed out but there are no rules on pants.

White pants is what Marquise Goodwin hinted at back in February.

This makes the most sense for the 49ers if they cannot bypass the five-year rule on the black alternates. The already have gold and black pants. I doubt red pants will work and the team already has a history of wearing white pants.

Given how the white pants look pretty good with the current 49ers home and road jerseys, this is what I believe is the best route. 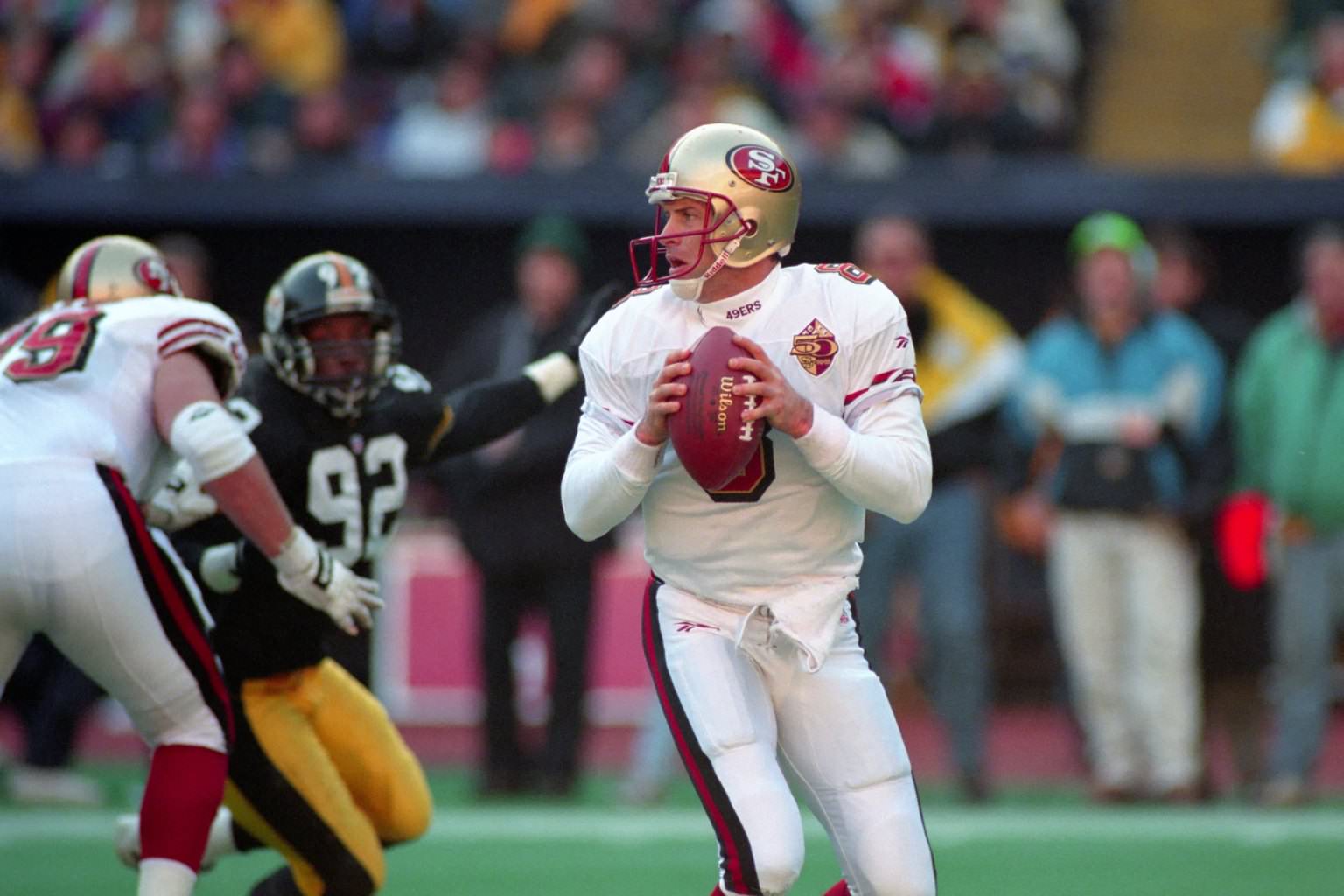 If the 49ers are able to rid of their black alts, then this opens up a whole world of possibilities. Throwbacks (such as the 1994 throwbacks from the Super Bowl season) is likely the best route as the fans have been wanting to see those return. Because the 49ers have had gold helmets for most of their team history, there are other possibilities.

However based on the current rules, it is very likely we might see white pants.