It looks like a modern version of their classic uniforms from their championship years and I think that’s a great move. It emphasizes the team’s two main colors of aqua and orange, which is the Dolphins’ identity. Simple update. Huge difference. Well done. 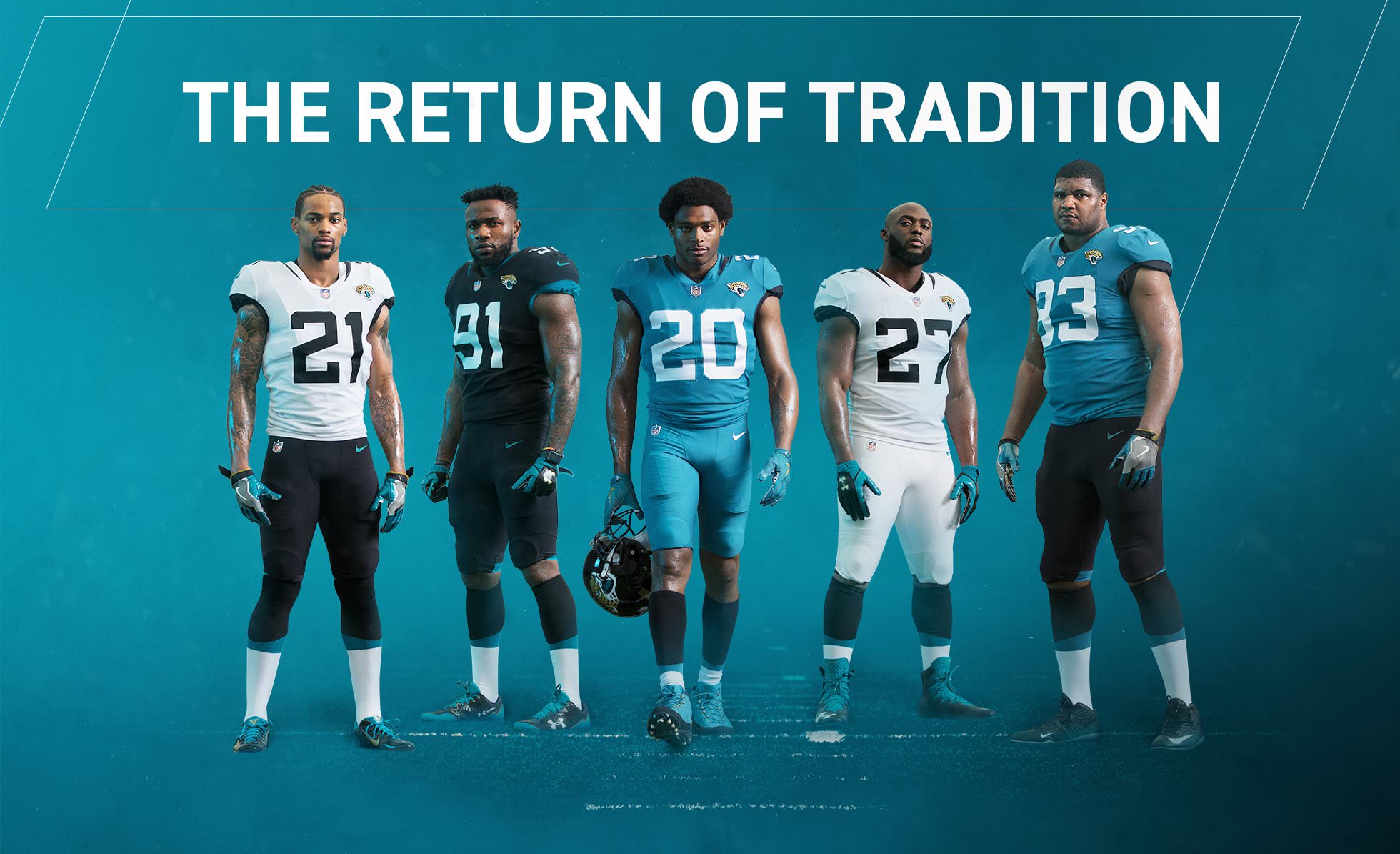 The Jaguars made some major changes to their uniform set. The ugly two-tone helmet is now an all-black helmet. Big improvement.

Additionally, the uniforms have been changed to this really plain design. Gold has been eliminated from any part of the uniform except for the logo (on the helmet and upper left chest) and the team will not feature any stripe designs on the pants. Because of the lack of gold, the uniform as a whole seems very plain. The team is essentially a teal and black team, which black still being the primary uniform set (which is a shame).

The teal pants are a new addition that could be used for an all-teal look, including for Color Rush. It’s good idea but the fact that teal is not the primary is still a shame for the only team in the league with teal in their identity. Even worse, the white jersey features no teal at all (except for the Nike logo), which makes their white set the least favorable element of this entire set.

The Return of Tradition is officially here.

Also, the team will have a little insert of a contrasting color at the back of the knee on the pants. I still will need to see these in action to see what it really looks like. Also, the socks will have a contrasting stripe as well. That is a good move as it breaks up the possible leotard look they have.

Overall, it’s good that they are removing themselves for their previous look. But it’s too plain. The lack of gold, lack of number trim and even stripes make this set better from their previous monstrosity, but so much to be desired. They should have stuck with their April Fools uniform. 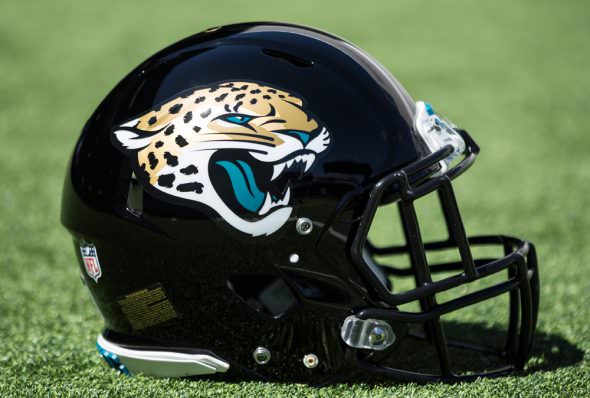